After a great effort, we went down in the grand final 2-3. 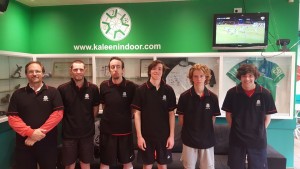 The 4-a-side indoor soccer Team are Minor Premiers of D Grade (ie top of the ladder at the end of the competition).

On Sunday 16th October the Team played the Semi-Final, and lost narrowly 3-4.

But, because we came first in the competition we got another opportunity to play for a Grand Final spot – & after a 40 minute break, we then played the wining team from the 3rd-4th game – which we won 5-3 – gaining a spot in the Grand Final to be played next Sunday.

‘Well done’ to the Team!